Indian entertainment is so much more than Bollywood’s world-famous musicals. There are regional productions in languages from all over the country, phenomenal short films, and lately some really excellent television — but before we get ahead of ourselves, let’s start small.

Amazon has an impressive collection of Hindi movies — the most mainstream language for Indian movies, but with a variety of genres. Want to check out a Bollywood classic and see what all the fuss is about? Look no further! Want an underrated gem with an unhappy ending? We’ve got that too. A few titles even overlapped with Netflix’s library, so be sure to check out both!

Here are the 11 best Hindi movies available on Amazon Prime in the U.S.

One of the best mainstream Indian films of the 2010s is this one, written and directed by Meghna Gulzar. Alia Bhatt stars as Sehmat Khan, a young woman recruited to spy for India during the 1971 Indo-Pakistani War. Sehmat is married into a Pakistani family and tasked with spying on them by her father, who dies shortly after the wedding.

Raazi contains familiar sequences from any spy movie; the training montage, tense surveillance, and brushes with death — but Bhatt’s performance grounds the toll of espionage in a way that few films do. Sehmat often breaks down after a high-stress encounter or upon seeing the consequences of her actions, the body count of a war purportedly greater than any of the individuals caught in its crossfire. Many Indian films succumb to blind nationalism, but it feels different through the eyes of a younger India and Pakistan, and through characters like Sehmat’s husband Iqbal (Vicky Kaushal) who are never villainized but made real and relatable.

How to watch: Raazi is now streaming on Amazon Prime. 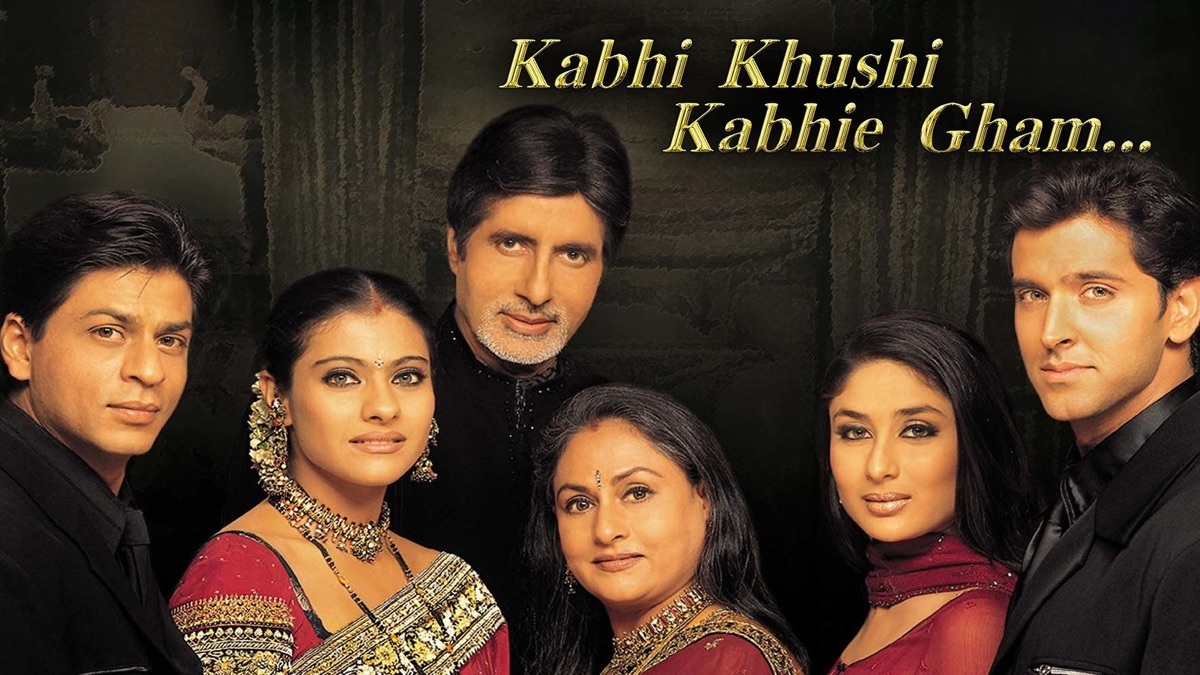 While ostensibly made just to bring together the hottest romantic pairings in three generations of actors (Bachchan’s real-life wife Jaya plays the Raichand matriarch), Johar’s tonally chaotic film is Bollywood to a T. Khan and Kajol’s iconic chemistry ignites the first half, while the second gets downright goofy (but so, so fun) with Rohan and Pooja. Kapoor and Roshan were hot commodities at the time, but the former often got typecast as a sex symbol and romantic lead without the kind of depth of which she’s clearly capable. K3G allows her to flex that range, and the “Poo” scenes are now so iconic that hardcore Bollywood fans quote her with the ubiquity of Mean Girls.

Come for the sexual tension, stay for the surprising feminist icon, and then cry your freaking eyes out for like 40 mins at the end. Hey — the title warned you.

How to watch: Kabhi Khushi Kabhie Gham is now streaming on Amazon Prime. Ranveer Singh plays Murad, a college student in the Mumbai slums who finds solace in rap music. As he learns more about the genre, he tries his hand at lyrics and performance, exhibiting a natural talent that quickly sweeps him up in local stardom — and then some. Singh, Alia Bhatt, and director Zoya Akhtar are three titans in the current age of Indian cinema, and their collaboration is as powerful as you’d expect. The soundtrack features dozens of Indian rappers and musicians from all over the country, including a track with executive producer Nas.

How to watch: Gully Boy is now streaming on Amazon Prime. 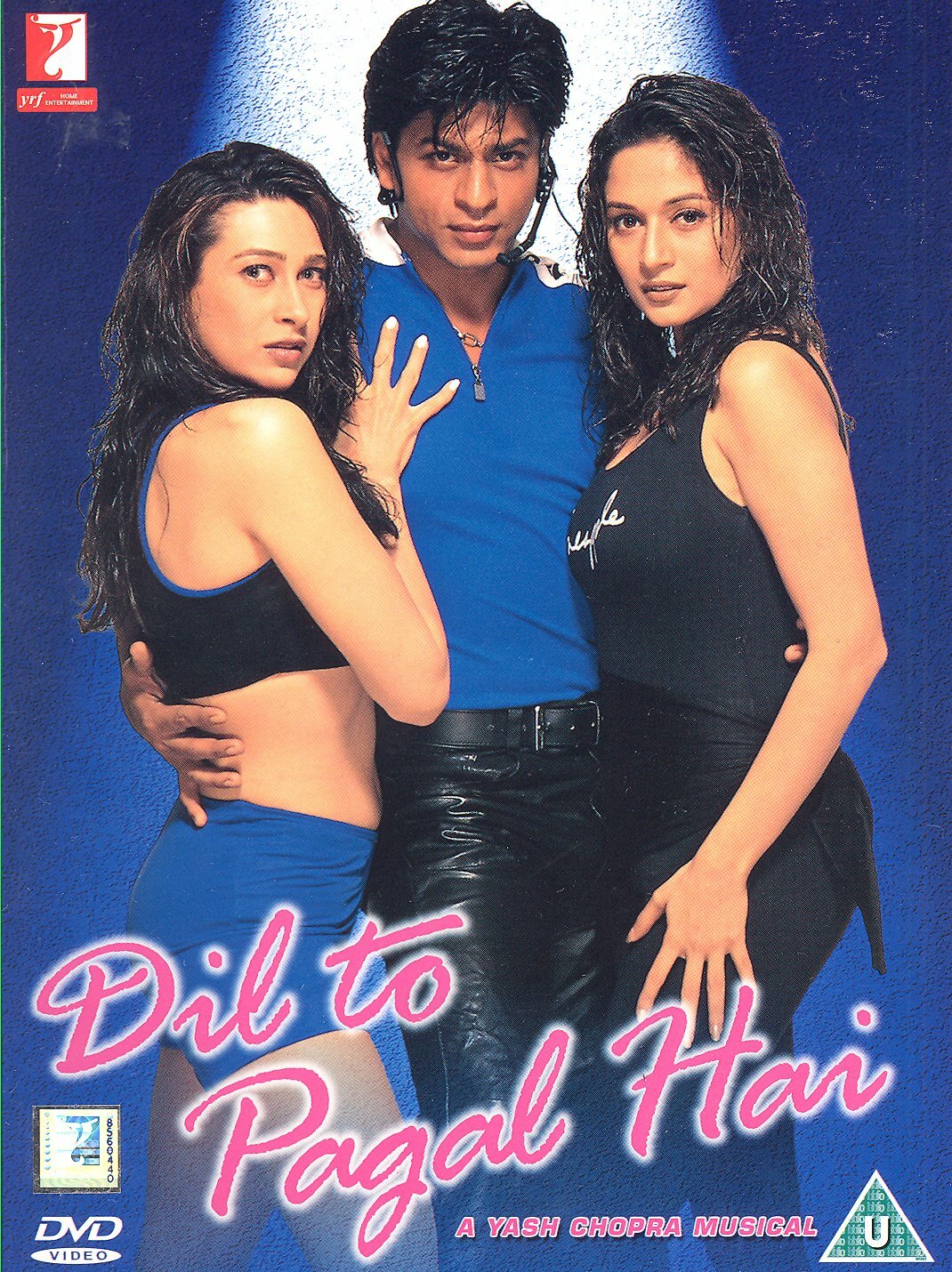 This 1997 Bollywood classic stars Shahrukh Khan, Madhuri Dixit, and Karisma Kapoor in a romantic musical dramedy. Khan plays Rahul, the director of a dance theater company, frequently supported, teased, and very much adored by his lead dancer Nisha (Kapoor). When Nisha injures her ankle, the company finds a new lead in Pooja (Dixit), who blows everyone away with her raw talent while she and Rahul fall inevitably in love.

Dil To Pagal Hai holds up after over 30 years due to a perfect storm of Bollywood talent, including veteran writer and director Yash Chopra, ’90s musical powerhouses Jatin-Lalit, and the feature film debut of choreographer Shiamak Davar, who would reign for years to come. Khan, Kapoor, and Dixit give grounded and magnetic performances, breathing life into Chopra’s irresistible script. As easy as it is to dismiss the film as a love triangle, Chopra’s script gives both Nisha and Pooja room to breathe, grow, love, and hurt — never pitting them against each other (except in one banger of a dance number) but reinforcing their emotional depth.

How to watch: Dil to Pagal Hai is now streaming on Amazon Prime. 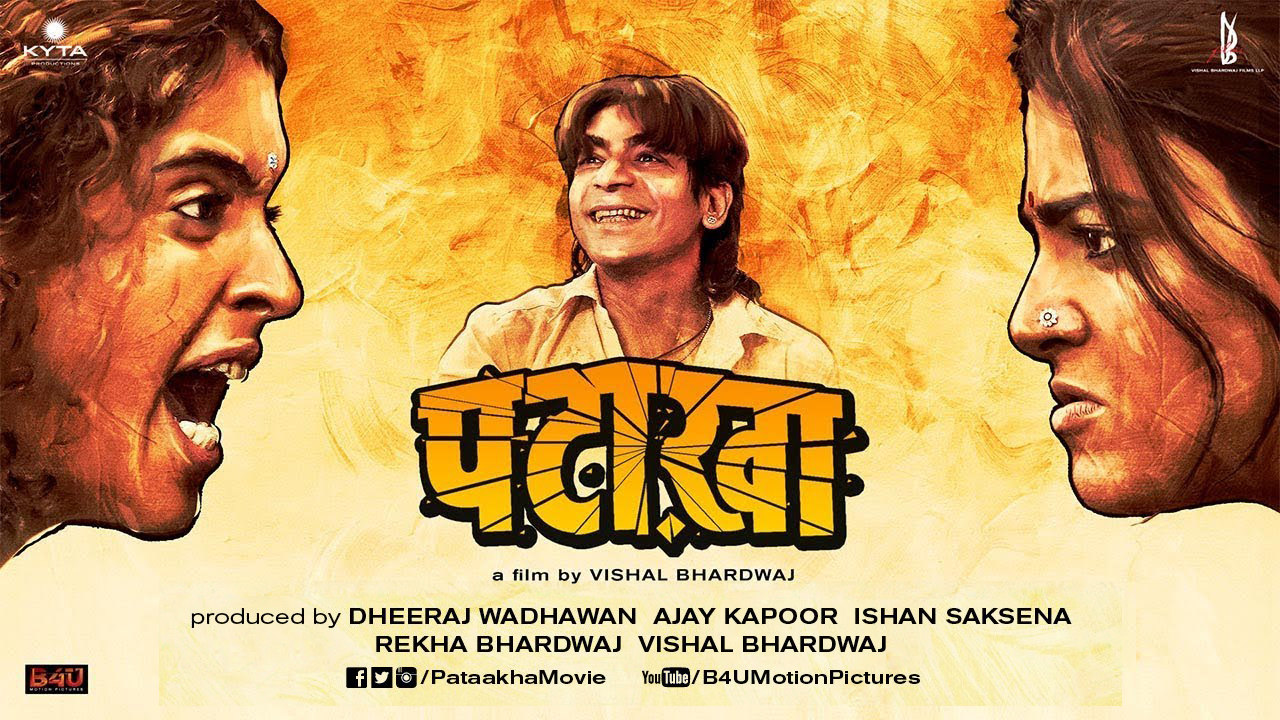 Two sisters fight viciously, much to the amusement of their nosy neighbor, in “Pataakha.”
Credit: b4u motion pictures

Sisters Badki (Radhika Madan) and Chutki (Sanya Malhotra) don’t just not get along; they scream, scrap, and fight with the ferocity of wild animals or dueling nation-states. Their beleaguered father (Vijay Raaz) does his best to quell the quarreling siblings, to no avail. Madan and Malhotra are fantastic in writer-director Vishal Bhardwaj’s best work since Omkara, holding nothing back as they screech and claw at one another in front of friends, husbands, children, and local villagers throughout their lives.

How to watch: Pataakha is now streaming on Amazon Prime. 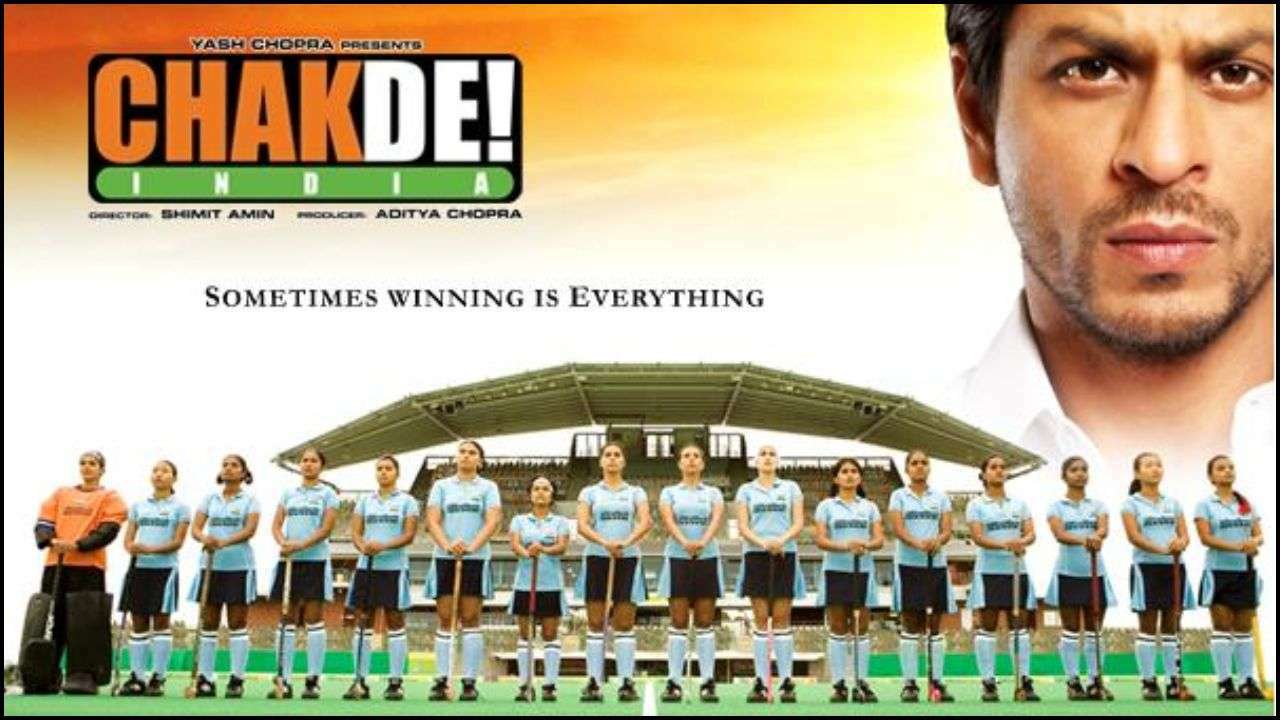 Who doesn’t love a poignant sports movie? Shimit Amin’s 2007 film follows on India’s national field hockey team, a ragtag group of women from vastly different religious and cultural backgrounds which illustrate India’s internal diversity and tension. It’s up to former men’s team captain Kabir Khan (Shahrukh Khan) to inspire his athletes like any fictitious coach worth his salt, not only to create a cohesive group of athletes but to redeem his own prior losses.

There’s a cocky star player (Sagarika Ghatge), a misguided loose cannon (Chitrashi Rawat), class conflicts between those from villages and cities, and judgment between players about everyone’s motivation for being and staying on the team. Khan does what he can, but this is a movie about India’s endlessly enduring yet constantly underestimated women. It’s them you’ll cheer for from start to finish.

How to watch: Chak De! India is now streaming on Amazon Prime. 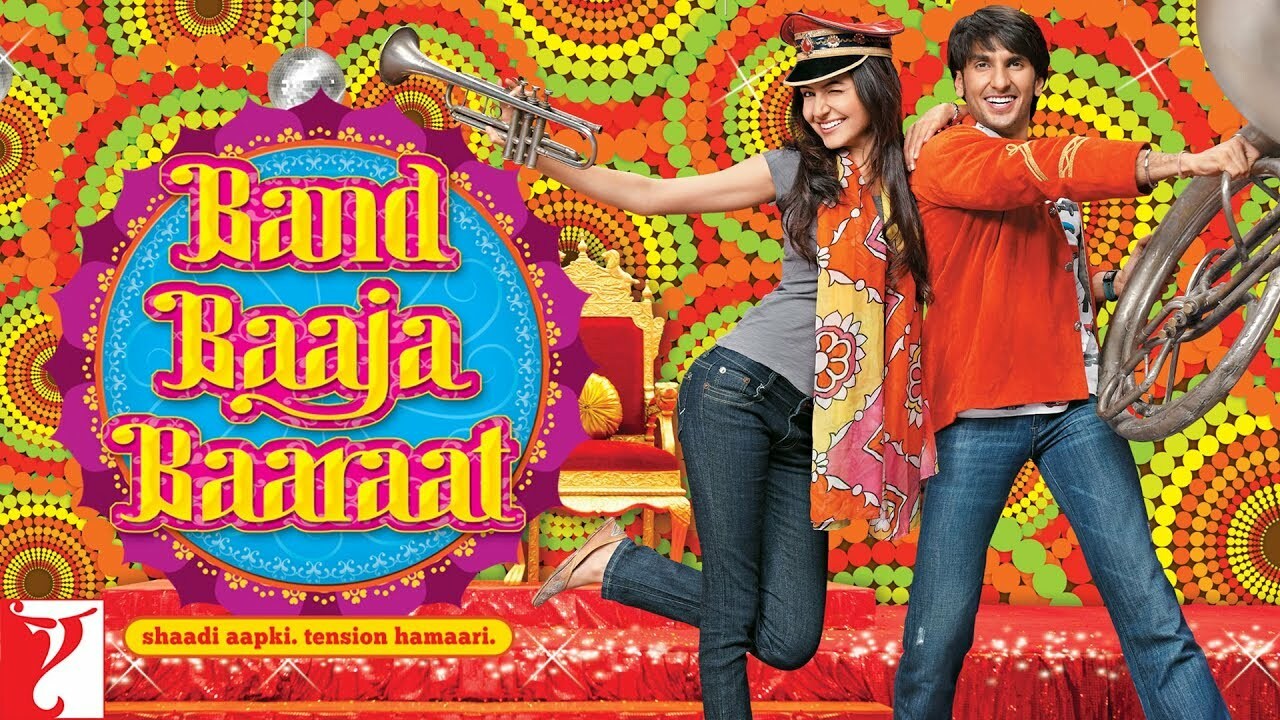 Despite early clashes as at a wedding he gate crashes, Bittoo (Ranveer Singh) and Shruthi (Anoushka Sharma) go into business together as wedding planners. After some early stumbling, business is booming — but it also leads, as Shruthi feared it would, to one or both of them catching feelings. Band Baaja Baraat is irresistibly charming, much like Sharma, who was fairly new at the time, and Singh in his dazzling film debut. First-time feature director Maneesh Sharma and writer Habib Faisal’s script keeps this from blending into countless Indian films and series about weddings, wedding planning, and love that forms amidst the revels of a shaadi.

How to watch: Band Baaja Baraat is now streaming on Amazon Prime. 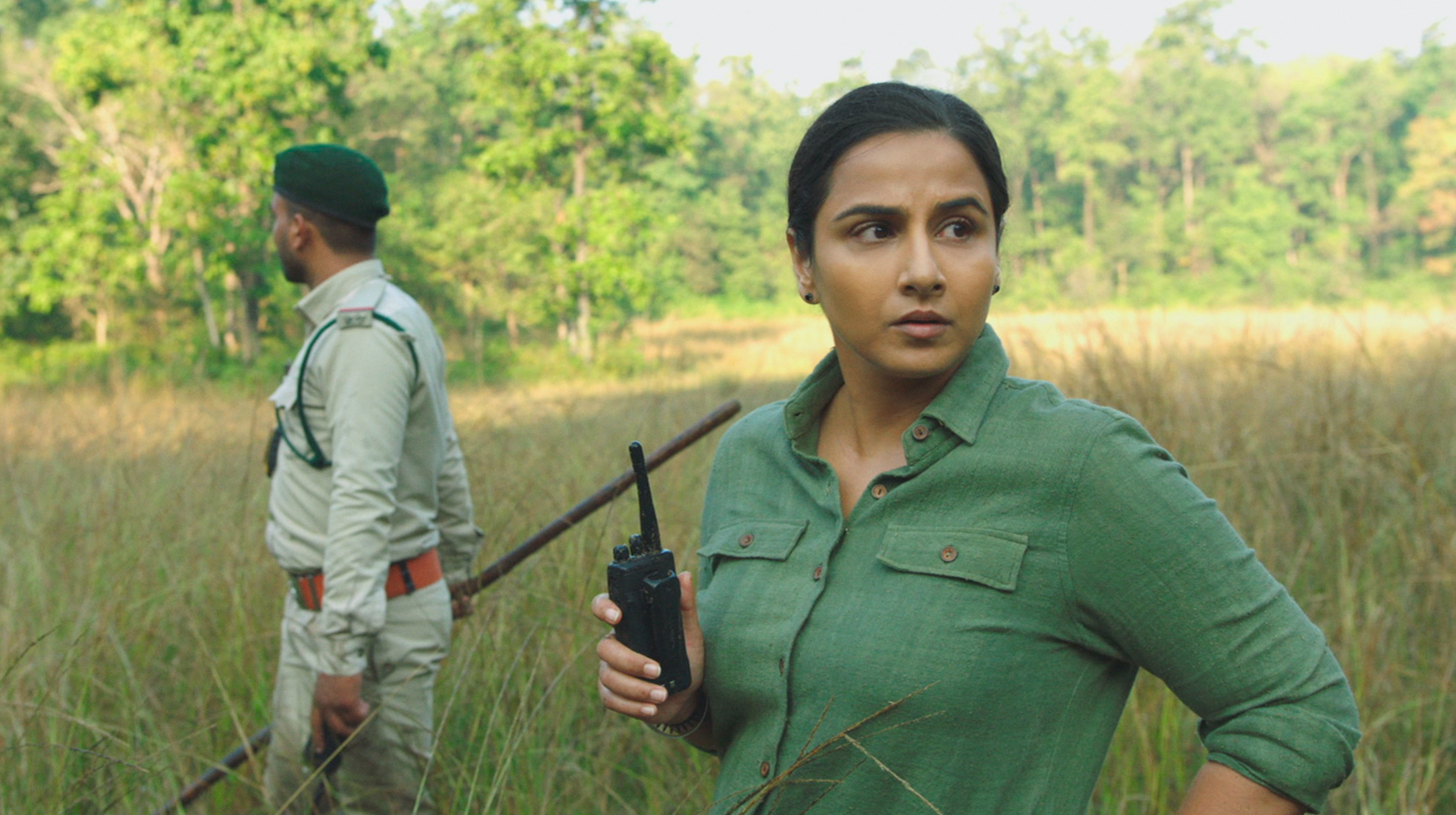 Forest officer Vidya Vincent (Vidya Balan) is sent to track an errant tiger in this film by Amit Masurkar. As a government official, Vidya deals with pushback from corrupt and powerful figures who either disregard the sanctity of Indian wildlife, or dismiss her because she’s a woman (strong women are sometimes referred to as sherni also).

Writer Aastha Tiku keeps the conflict understated yet simmering, always hinting at something greater like the tiger just out-of-sight. Balan is a known commodity for indelible performances, surrounded here by a supporting cast so authentic and superb that they feel impossibly real.

How to watch: Sherni is now streaming on Amazon Prime. 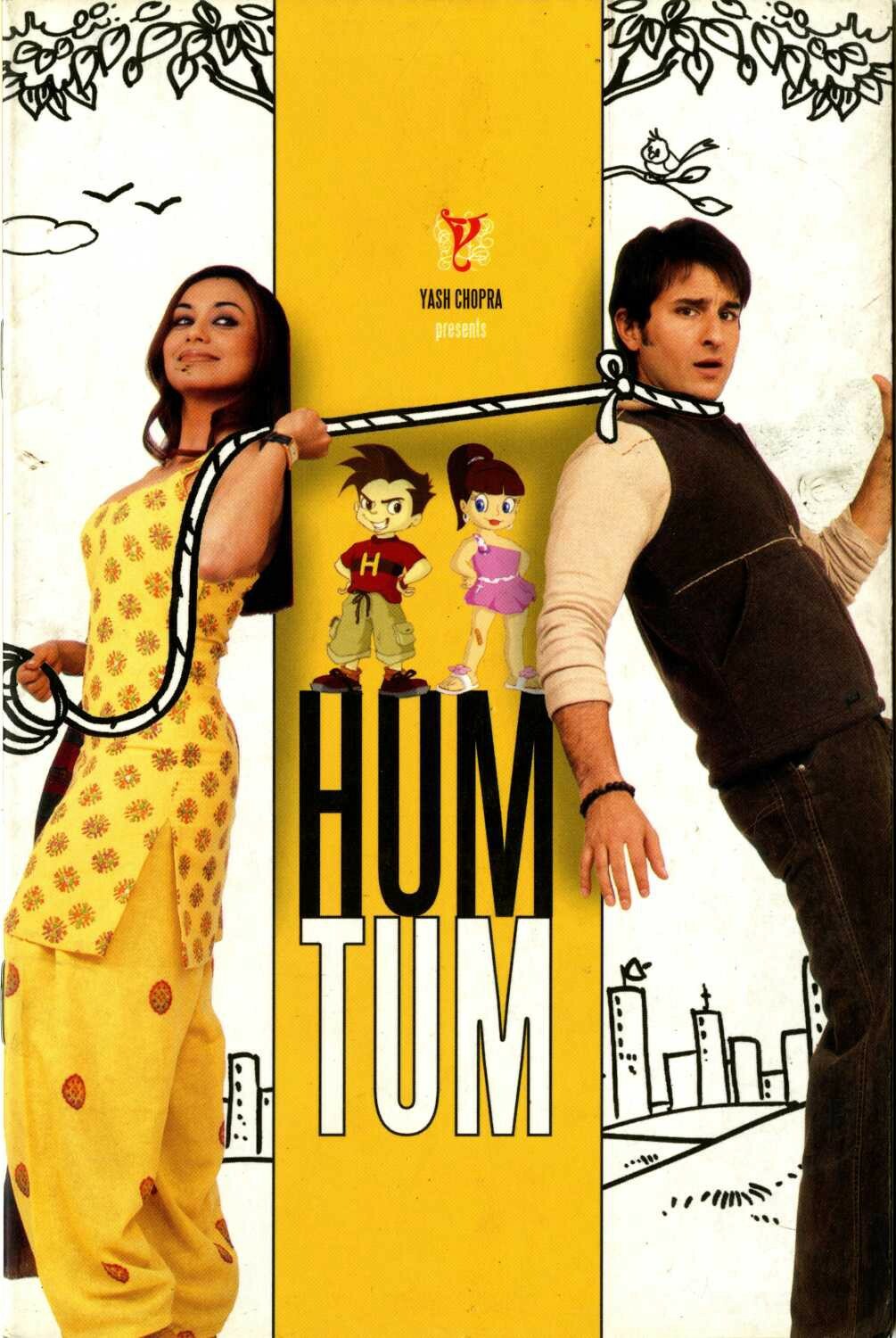 This fun-filled remake of When Harry Met Sally follows Rhea (Rani Mukherji) and Karan (Saif Ali Khan) through over a decade of knowing each other. At first he annoys the hell out of her, both of them spouting cringey stereotypes about the other gender, but over time both characters mature, developing a firm friendship that grows into romantic love.

I revisited Hum Tum fearfully in 2018, certain that it would fall apart in the face of contemporary criticism, but it holds up surprisingly well. Khan and Mukherji’s chemistry is strong enough that they enjoyed a string of costarring features; together with writer-director Kunal Kohli they develop two characters who feels truer to to what many of us witness in our lives than any allegedly perfect representation. Forgive some very 2005 editing (and wardrobe) and you’ll enjoy the ride.

How to watch: Hum Tum is now streaming on Amazon Prime. 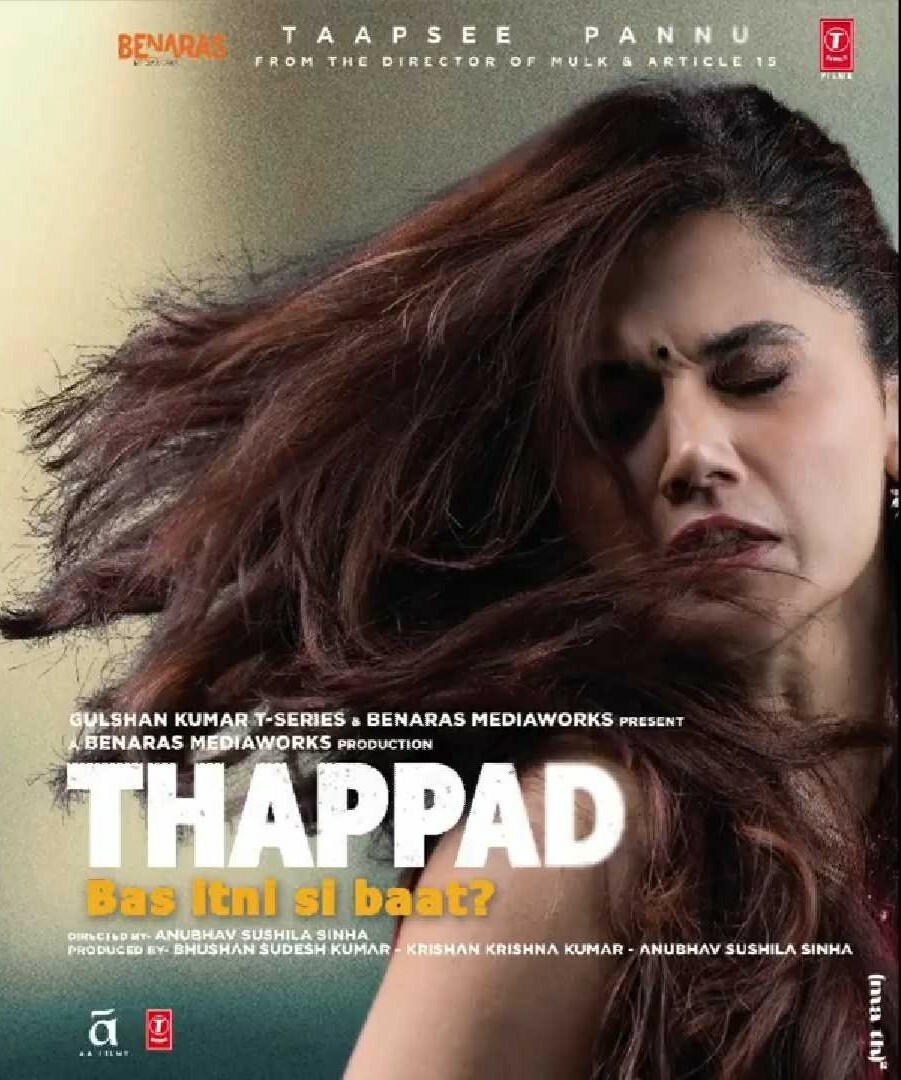 The supposedly idyllic marriage of Ami (Taapsee Pannu) and Vikram (Pavail Gulati) shatters when he slaps her in front of dozens of witnesses at a party. It’s not a premise that just any cast and director could nail, but Anubhav Sinha makes the expert choice to follow Ami and Vikram’s crumbling domesticity through the voices and experience of everyone around them.

Domestic abuse is a huge problem in India, where even low percentages account for millions of women. The maid brushes off Ami’s experience and uses it to justify her own domestic abuse, while their single neighbor judges Vikram for even wanting to put the whole episode behind him. Ami’s brother has his own opinion, which in turn clashes with his wife’s. The slap is deliberately depicted at times as trivial and others as pivotal, actively gaslighting and challenging the viewer to find and hold onto their own viewpoint. This could so easily be a Bollywood Movie With A Message, and while Ami does deliver at least one tearful monologue, the rest of the film is far more provocative and interesting than many with more action.

How watch: Thappad is now streaming on Amazon Prime. 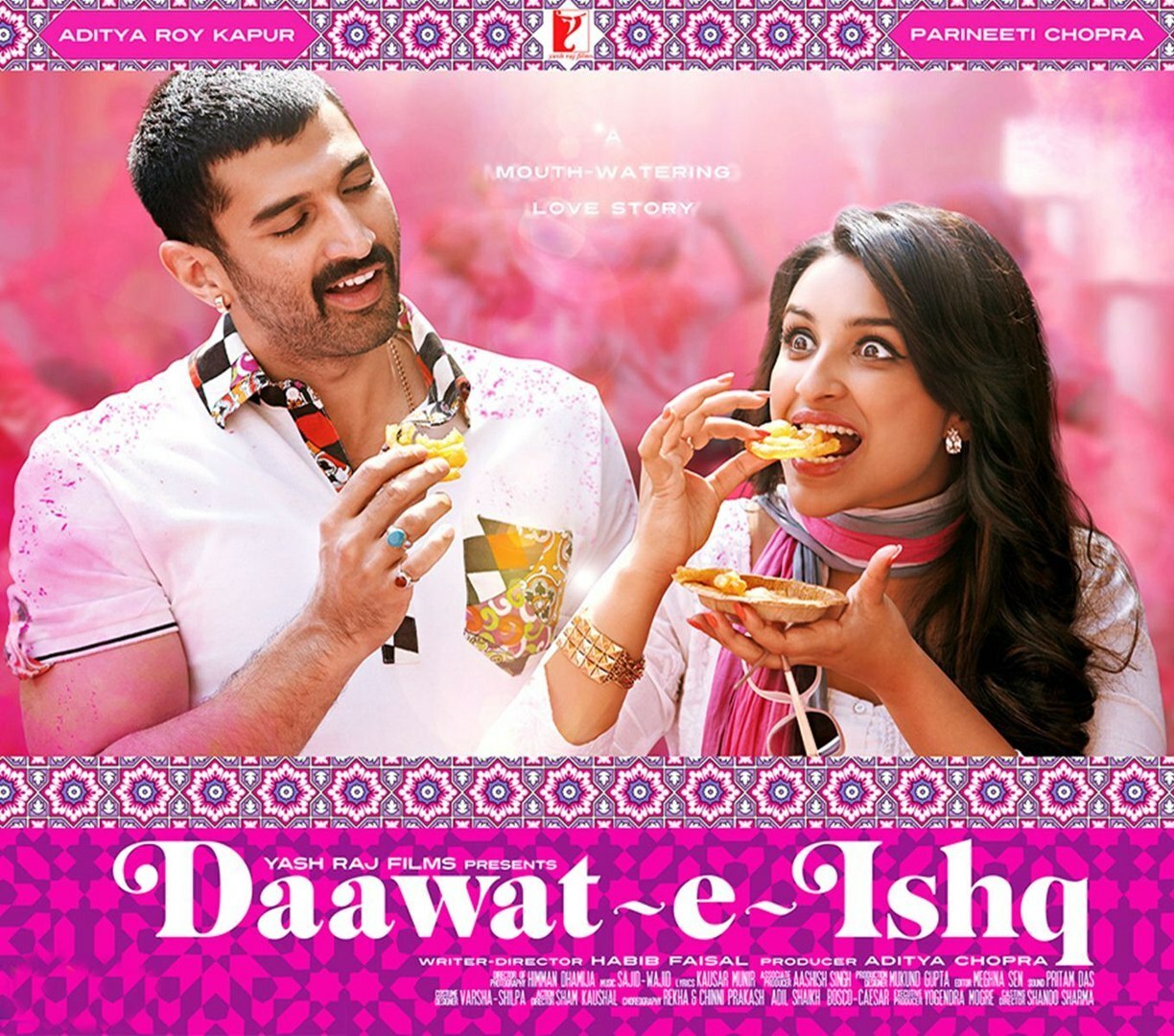 Gullu (Parineeti Chopra) and her father (Anupam Kher) hatch a scheme to meet prospective husbands for her and then eventually sue whomever asks for a dowry — money and goods paid for by the bride’s family as a gift to the groom’s.

The scheme is fun and interesting, but what puts Dawaat-e-Ishq on this list is three words: Aditya Roy Kapoor. Not only is Kapoor criminally charismatic as potential suitor Tariq, but he and Chopra sustain the film trough one-too-many musical montages and a slow climax with their insane chemistry. Come for the food, stay for the flavor.

How to watch: Dawaat-e-Ishq is now streaming on Amazon Prime.